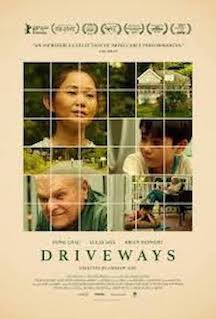 A single mother drags her 8 year old son cross country to empty out the house of her packrat older sister, newly deceased. Brian Dennehy plays a Korean War veteran living next door. Driveways is an intimate drama which revolves around the unlikely friendship formed between a lonely young boy and his new octogenarian neighbor.  As his mother look on, he provides the widowed veteran with a youthful outlook and begins to discover a new found maturity within himself.

Directed by Andrew Ahn this film premiered at the Berlin International Film Festival.