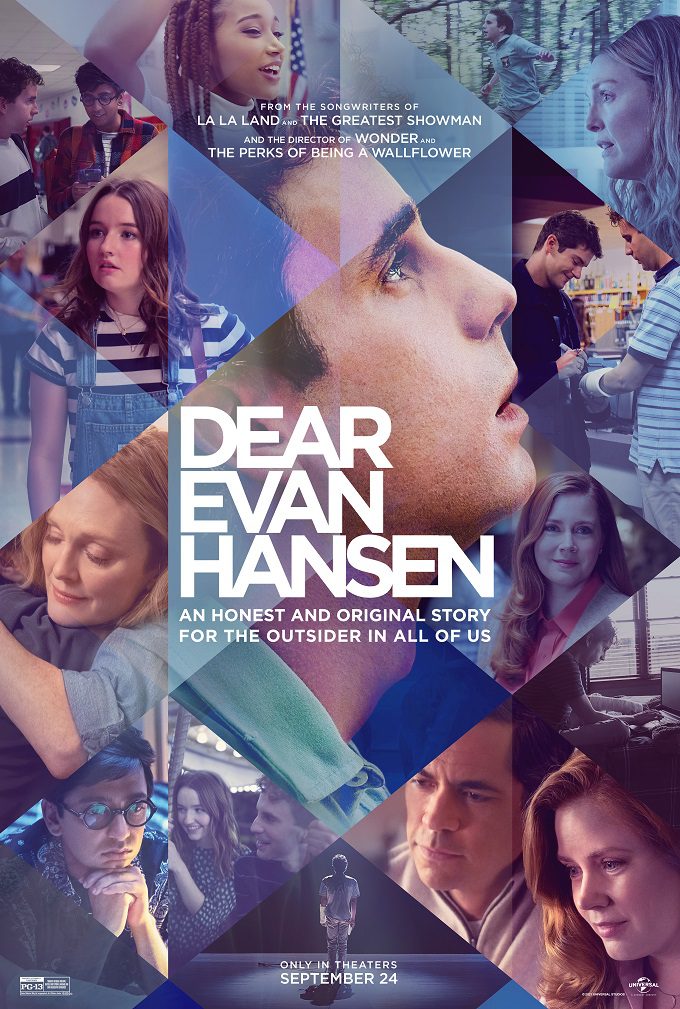 The breathtaking, generation-defining Broadway phenomenon becomes a soaring cinematic event as Tony, Grammy, and Emmy Award-winner Ben Platt reprises his role as an anxious, isolated high-schooler aching for understanding and belonging amid the chaos and cruelty of the social-media age.

Evan Hansen, a young man beset by social-anxiety disorder, is ordered by his therapist to write self-addressed motivational letters to himself in order to improve his disposition and communication skills. After one of these missives is stolen by a classmate who subsequently takes his own life, the deceased’s parents believe it to be a genuine note intended for Evan, who ingratiates himself with the family. As this relationship deepens, he begins to truly understand what it means to belong.

« THE EYES OF TAMMY FAYE
FALLING FOR FIGARO »